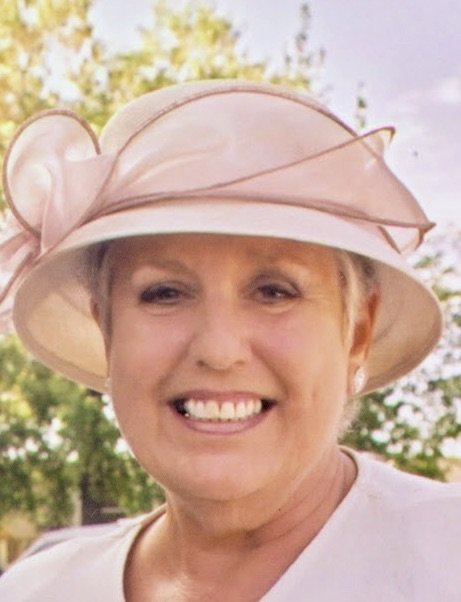 Georgina Carole “Carole” Chapman (nee Hinds) was born in Liverpool, England just before war broke out across Europe.  As a very young girl, Carole was sent to Machynlleth, Wales for the duration of the war; in fact, Carole’s first language was Welsh. Gorffwys Mewn Heddwch, Mum.

After the war she came back to Liverpool where she attended an all-girls’ school right next to an all-boys one attended by Paul McCartney. In fact, McCartney’s mum had words with my grandmother because Carole hit Paul in the face with a snowball. This was not her only brush with a famous Beatle. As a young woman, Carole hung out at The Pack of Cards and The Cavern, two rock n’ roll clubs where The Quarrymen, the proto-Beatles, would play regularly. It was at The Cavern that Carole had a date with John Lennon.

Carole left England with two friends to seek adventure in Canada. They travelled all over North America while living in Toronto, working as real estate agents, among other eclectic jobs. Carole met Ray Maddocks in Canada and went back to England to marry, coming back to Canada to start a new life in Trenton, Ontario.

Carole and her young family finally settled in Montreal, living on an idyllic tree-lined street in Point Claire. Carole divorced and eventually met Mike Chapman, to whom she would be married for over 40 years, until his passing a few short months ago. They met at a Unitarian church service, a non-denominational and tolerant religious community that was Carole’s sanctuary during those years. In fact, her first job as a single mom was as an administrative assistant to the Unitarian minister, one of her mentors and friends, Fred Cappuccino.

Carole, Mike, and her three sons David, Chris and Stuart, moved from Montreal to Meadowbank, PEI, with Carole taking a job as an administrative assistant to the director of Employment and Immigration for PEI. It was a year later that the whole family resettled in Tea Hill PEI, buying land that they cleared, and then built a house upon, the house Carole lived in for the next 35 years. Imagine living in the house you built! That was the kind of person she was, to live life on her terms, led by an unshakeable belief that she follow her own vision, and everyone better get out of her way!

Carole eventually rose through the ranks of the civil service within Employment and Immigration, reaching the position of Director of Communications (Atlantic Region).  There are commendation letters from every minister she ever worked with, each expressing how impressive Carole’s skills were in helping the minister communicate his/her message. She accomplished all this while never having attended university or college. She accomplished all that she did in her life on the sheer force of her will, talent, and unbelievably sharp intellect. She was, quite literally, a force of nature.

I could go on about Carole’s achievements, but we get a clear picture here of a very successful woman, successful by her own lights, by her own measure. To list the rest of her accomplishments, while considerable, would not reveal the true nature of Carole’s place in the world, her impact on it. Her legacy is found in the way she lived her life, not necessarily the achievements that were a by-product of her way of being in the world.

My mother was the most glamorous woman I knew when I was a boy.  She was not only glamorous, but she also had the quickest wit and the sharpest tongue of anyone I knew. She could, and would, engage anyone in a debate and usually came out the victor. Watching a woman engage with all comers on important topics, rightfully being treated as an equal by the sheer force of her intellect, was a powerful influence on Dave, Chris and Stuart, who became feminists themselves because of their mother.

In one sense, Carole was a traditional feminist, campaigning for many important feminist causes such as body autonomy, financial autonomy (“a woman can only be herself if she has control over her financial life” she used to say), equality, justice, fairness, to name a few. Her feminism though, was intertwined with her libertarian political views, leading her to create a new category of feminism—she was an “equalist” she said. The equality she sought for all women, though, was not some mere legal equality; the equality she sought was much deeper than that.

Carole fought for a world in which women could be free to choose their own path in life without restrictions, without prejudice or obstacles, without social hindrances. She wanted every woman to be given the opportunity to live a life freely chosen, to be able to own who they are and what they accomplish; she fought for the sake of all women’s autonomy. She fervently hoped for a world where all people—men, women, gay, straight, poor, rich—could realize the full depth and breadth of the human condition.  She fought for this by living the life she did—her values were manifest in the way she lived in the world. The thing is, when you do that, you give others a glimpse of what could be, a world that they could create for themselves too. In fashioning herself, she knew she was helping to fashion all those around her by showing them what was possible.

She taught her boys how to be men—toughness, forthrightness, justice, and responsibility were some of the traits we were encouraged to adopt. But she also encouraged that they develop empathy, fairness, vulnerability, humility, kindness. Carole believed that the traits that make a good man are the very same traits that make a good woman—they are human traits after all. She thought a person incomplete unless they are allowed to develop all that is available to the human spirit.

A person’s legacy can be embedded in objects—a novel written or a building built or an achievement obtained. But certain legacies can be less obvious but just as concrete as a monument or cathedral. Carole’s legacy is embedded in the values her sons carry with them, values Carole helped to forge. It is in the bond among her and her daughters-in-law Rose, Nancy, and Kerry. It is found in her love for her grandchildren Stuart, Kathleen, Isaac, Lewis, Emme, and James. And whether they know it or not, her grandkids live in a world where it is easier for each of them to choose their own path in life and that it is their grandmother who paved the way for that to happen. Carole’s legacy can be found too in our imaginations: “Imagine a world in which all the Mum’s could live lives freely chosen.  It would be glorious.”

Carole is resting at Hillsboro Funeral Home, Stratford.Due to current restrictions, a private family celebration of her life will be held at a later date. Memorial donations may be made to Habitat for Humanity or PEI Mikinduri Children of Hope.

Share Your Memory of
Carole
Upload Your Memory View All Memories
Be the first to upload a memory!
Share A Memory