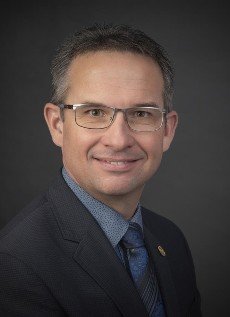 Shawn has been working in funeral service since 1991, joining Hillsboro Funeral Home in October 2018 as General Manager.

He is a graduate from Western School of Funeral Service, Red Deer, Alberta, obtaining a Certificate in Funeral Directing and Embalming, and becoming a Licensed Embalmer and Funeral Director in 2006. Shawn earned the designation CFSP (Certified Funeral Service Practioner) granted by the Academy of Professional Funeral Service Practice. To receive this designation, you must complete 180 hours of continuing education of activities and events. In addition, he is required to accumulate 20 hours per year to recertify.

Shawn has served as General Chairman of The Atlantic Provinces Funeral Directors and Service Convention, as Registrar for The Prince Edward Island Funeral Directors and Embalmers Association, as Registrar on the Funeral Services and Professions Board and Chair of the Embalming Board Committee. Shawn and his wife Donna live in Stratford and have two children, Cloe and Ryan. 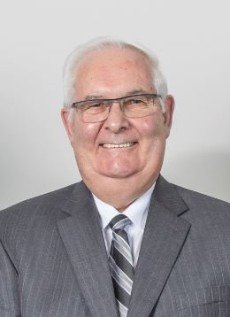 Vince was involved with Hillsboro Funeral Home from the beginning. He worked on developing the first business plan and financing the purchase of the land to build the funeral home at its current location. In August, 1999, Vince was hired as the full time General Manager of Hillsboro Funeral Home. For many years he was the only employee, building the co-operative funeral home from humble beginnings to the successful business that it is today. Over the years Vince has shown great commitment and compassion for working with families. In the funeral business you are working with a family that is at their very lowest point of their lives: they’ve lost a loved one and to be able to help families with their loss brings great fulfilment and personal satisfaction.

At our annual meeting in October, 2018, Vince announced his retirement, passing the reins of General Manager over to Shawn MacLean. Lucky for Hillsboro Funeral Home, Vince has agreed to continue working on a part-time basis.

Vince resides in the Fort Augustus area and is actively involved in his church and community and a proud husband and Dad to wife Gloria and son Darcy. 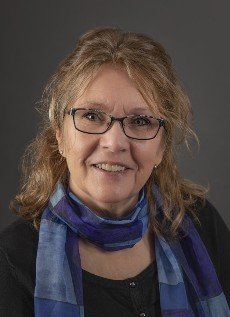 Diane joined Hillsboro Funeral Home as the Office Administrator after working in the funeral service industry for more than five years. Diane’s extensive background in software development and project management serve her well as she brings strong organizational and interpersonal skills to Hillsboro Funeral Home. Her empathic nature is a natural fit in supporting families, ensuring their needs are addressed and funeral documentation is prepared in a timely manner.

Living in the rolling hills of Central PEI with her husband, Guy and their 4 legged family, Diane enjoys time in nature and is a member of the New Glasgow Women’s Institute.