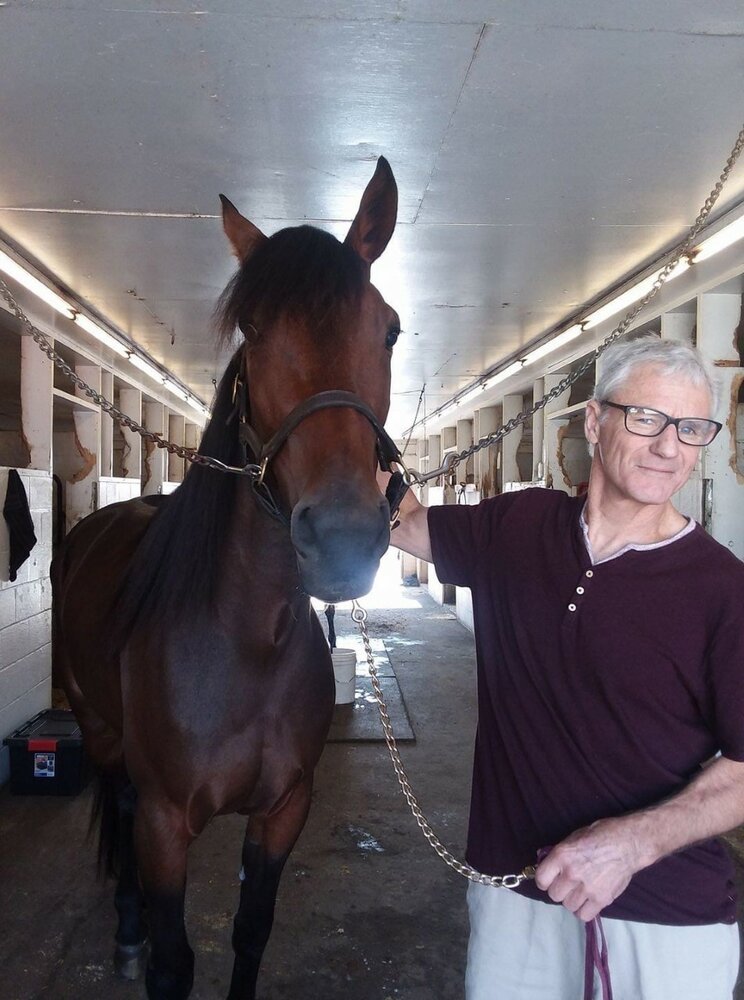 Peacefully and surrounded by loved ones, Paul left us on January 11, 2023.

Paul was born a Maritimer and he retired as one too.  He is survived by his spouse of 30+ years Deb Martin, step-daughter Jayne Jones (Shane), cousins Nathaniel Larrabee and Roger Larrabee.  He also leaves behind many friends, fellow horsemen and Pinette neighbors.  Everyone liked Paul and his big laugh.  Paul was predeceased by his parents James and Alice (Eaton) Larrabee and his sister Jessie Belle.

Paul spent his career in Ontario working his way up to becoming a best and most sought after Equine Dentist.  This was thanks to his teacher and mentor Pete Malone who saw his natural talent.

Paul’s passion was Standardbred race horses.  He and Deb trained, bred and raced many champions.  Their combined talents as horse people made a fierce partnership.

Paul had a big presence and a big personality.  But he had an even bigger work ethic and commitment to everything he did.  He expected perfection from himself and if we are to be honest, being his groom wasn’t always a delight!  We laugh about this!

No matter how well you knew Paul you would never have known the adversities he overcame.  He didn’t share and he made no excuses.

The truths is Paul overcame some great tragedy in his life.  He lost his father as a young man and then very sadly his sister, way before her time.  This would have broken a lot of people but Paul just kept going.  He was private and just kept working hard and achieving.

Though it was never known, his unbelievable resilience as a human being deserves to be as much of a legacy as his gift as a horseman.

Paul, your race was run with nothing but class and you will be missed by those of us lucky to know you.

Resting at Hillsboro Funeral Home.  No services or visitation by personal request.

Share Your Memory of
Paul
Upload Your Memory View All Memories
Be the first to upload a memory!
Share A Memory