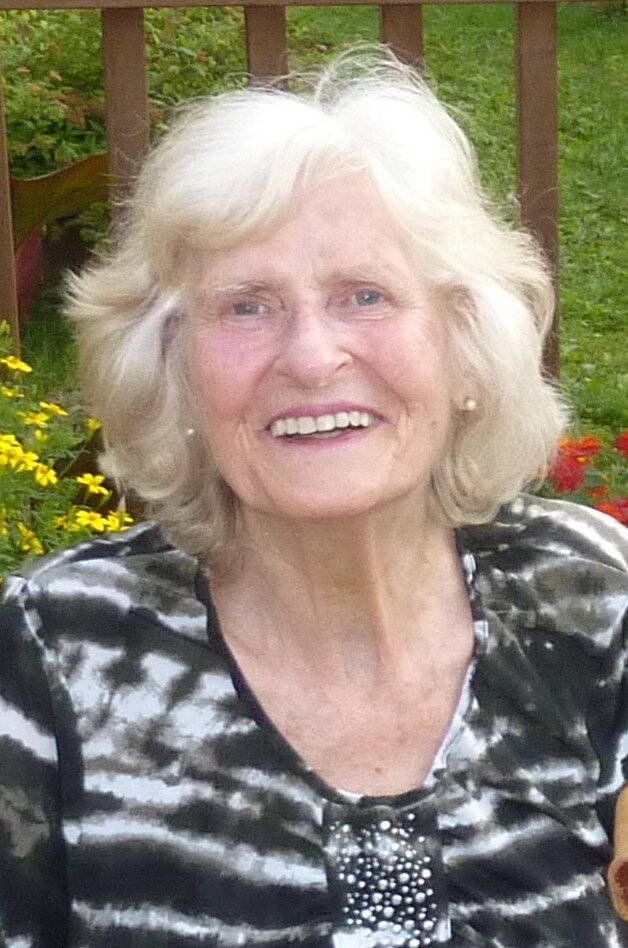 Peacefully, with family and friends by her side, the death occurred two days after her 90th birthday on September 19, 2022, of Eleonore “Ellen” Kremer of Stratford.

Loving wife of the late Mathias Kremer (1931-2000), Mama to Camilla and Marcus, cherished Omi to Connor and Matthew. Predeceased by her brother Heinz Mayr (1936-2018).  Ellen will be greatly missed by her extended family in Germany; by family in western Canada and Luxembourg; and by her many friends on Prince Edward Island and around the world.

Born September 17, 1932 in Baden Baden, Germany to the late Heinrich and Hedwig (nee Zifle) Mayr, Ellen grew up in Germany where she experienced the hunger of the Great Depression and the horrors of World War II. There Ellen was a trained as a tailor (a man’s occupation at the time) and worked creating suits and coats for many years in Germany, and later in Vancouver and California. She loved children and worked as a housekeeper/nanny in Vancouver after she immigrated to Canada in 1954 and later, after getting married and moving to California in 1963, she operated a home daycare for many years and became known as “Mama Ellen” to the children in her care. In April of 1976, she moved with her husband and two children to Prince Edward Island where her brother owned a farm in Hazel Grove. By summertime of that year, the idea of farming lost its appeal and she moved the family to Crossroads (now Stratford) where she settled in and put down deep roots. She had a talent for numbers and accounting and actively volunteered her skills over the years to many organizations including The Catholic Women's League, Cub Scouts of PEI, Glen Stewart School, German-Canadian Club, and the Multicultural Association. She enjoyed baking and hosting afternoon coffee with friends. She loved to ride her bike around the neighborhood and swam from May until October every day she could at Kinlock and Tea Hill beaches until, in her final years, arthritis, loss of sight, and limited mobility made this no longer possible. She loved listening to talk radio, always closely followed world news and politics, and adored opera music.

A Funeral Mass will be celebrated from Our Lady of the Assumption Church, Stratford on Friday, October 7, 2022 at 10:30 am.  Immediately following the Funeral Mass, everyone is invited to join the family for a reception in the church hall.

Memorial donations may be made online to the CNIB Foundation (Canadian National Institute for the Blind), SSC (Schizophrenia Society of Canada), or CMHA (Canadian Mental Health Association).

Funeral arrangements entrusted to Hillsboro Funeral Home. Online condolences can be made at www.hillborofh.ca

“Every person’s life is a fairy tale written by God’s fingers.”

“Love is like death, it must come to us all, but to each his own unique way and time, sometimes it will be avoided, but never can it be cheated, and never will it be forgotten.”

~Jacob Grimm of The Brothers Grimm

Share Your Memory of
Ellen
Upload Your Memory View All Memories
Be the first to upload a memory!
Share A Memory