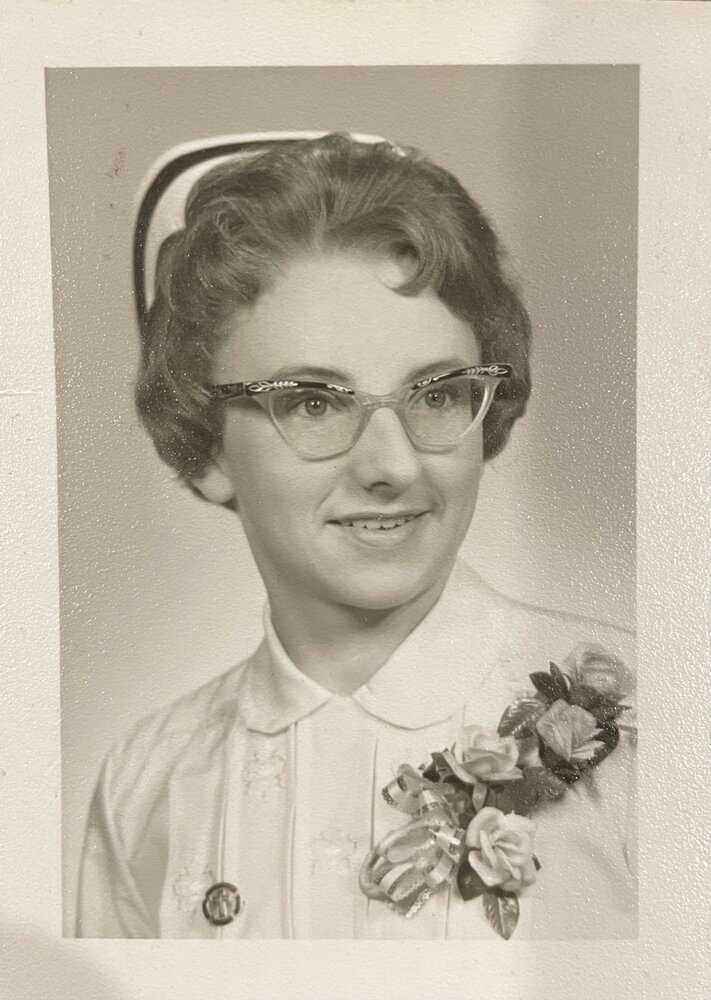 As a devoted Wife, Mother, Grandmother, Nurse and Friend, Bernie spent her life helping others. In 1964 she graduated from the Charlottetown Hospital school of nursing then moved to Hamiliton where she met and married Jack. She helped out with the church, brownies and girl guides. A young widow at 47, having  to raise two girls on her own, she upgraded her nursing and worked at the Clarion Nursing Home in Stoney Creek, ON until the age of 60. Bernie was a CWL member for 47 years. In 2005 she returned back to PEI and after a few years, began volunteering at Palliative Care until COVID-19. She will always be remembered as loving generous and kind. If the world fell apart she would be the one person you could count on to put all the pieces back together again. Through all her years everyone who knew her, they will remember her passion and competitive nature for cards. Bridge, Crib,Euchre, 500, Auction 45’s and Rummy to name a few showed her true fighting spirit!!
Her quote as she graduated from nursing:“I’d rather be small and shine, then large and cast a shadow” Forever in our hearts you will shine!!

Resting at Hillsboro Funeral Home, 2 Hollis Ave., Stratford. A Funeral Mass will be celebrated at Our Lady of the Assumption Church on Tuesday August 2, 2022 at 10:30 AM. Interment will be at a later date in Hamilton ON.
Visitation will be from the Hillsboro Funeral Home, Stratford on Monday, August 1, 2022 from 6-8 pm. The CWL will hold a prayer service at 5 pm prior to the visitation.

In lieu of flowers, as an expression of sympathy, Bernie requested memorial donations to be made online to the Provincial Palliative Care Centre.

An enormous heartfelt thank you To the most amazing group of people staff and volunteers working at the Provincial Palliative Care Centre! Many friends she made there while volunteering there for they all became her bedside angels!

Share Your Memory of
Bernadette
Upload Your Memory View All Memories
Be the first to upload a memory!
Share A Memory