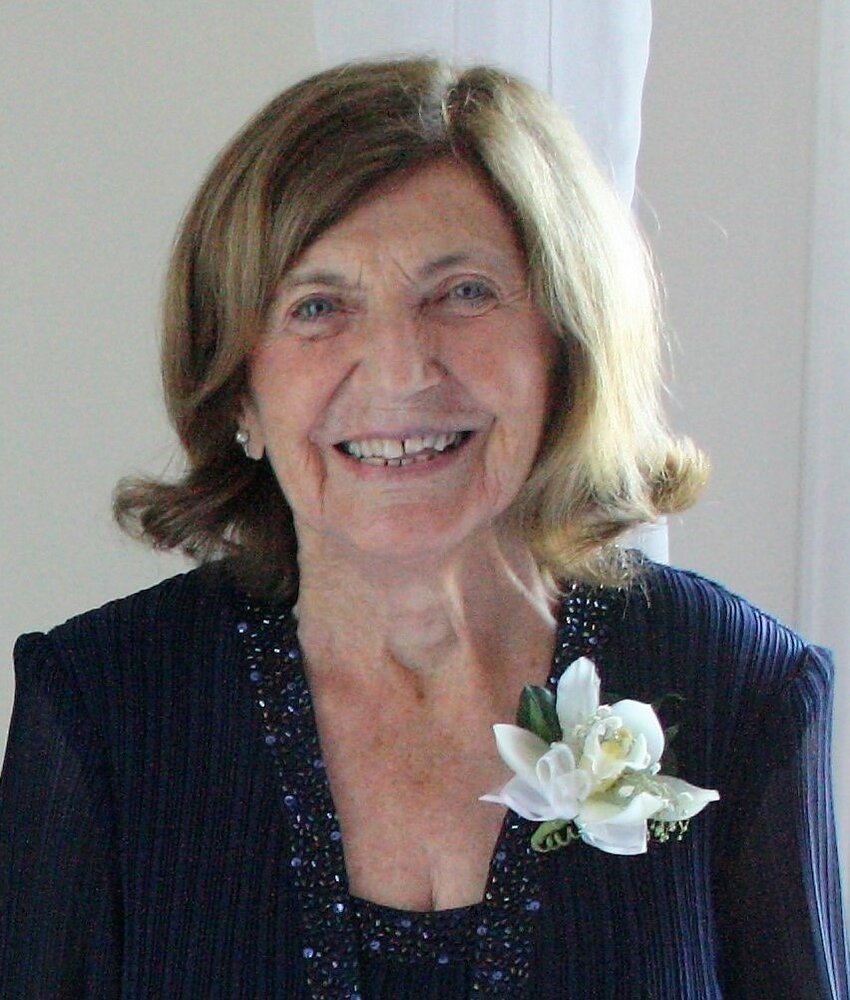 If there was anyone we thought would live forever, it was our mother, our Nanny, Dee, Aunt Vern, Verona and Mrs K. Unfortunately, it wasn’t meant to be. Verna Kent passed away in Charlottetown, PEI on Sunday, March 6 at 96 years young.

Verna Lois was born on July 28, 1925 in Red Point, PEI to Fulton and Alice (Bertram) Robertson, but moved to Hunter River where she spent most of her young life. She left the Island to attend Mount Allison in Sackville, NB, where she developed lifelong friendships. During a trip to Halifax, she met a dashing young man by the name of Fred Kent. They married, had three children and settled in Halifax, NS.

Verna had a fierce work-ethic in all aspects of her life. She embarked on a career in sales and realized she was pretty darn good at it. She had a successful career for many years with Fine Arts of Canada, but in the 1970’s, she joined her brothers at Atlantic Fund Raising Service and eventually became President of the company. She remained President until she retired in her 80’s, but always claimed she retired far too early!

Although successful in sales, Verna’s true passion…other than family of course…was her ‘little shack’ on the North Shore of PEI. The old abandoned farmhouse was about to be demolished over 55 years ago by the local farmer, but Verna saw the potential and bought the decrepit old house. Over the years, Verna worked diligently to restore the house one room at a time. She was seldom seen without a scrub bucket or a paint brush in her hand, coupled with a few choice words for the relentless house flies…”those satans”!!! Through the years, this house, affectionately known as Kentcroft, has been filled with love, laughter, the many books she read and countless stories. Kentcroft is, and will always be, Verna’s legacy.

Verna’s devotion to her family was unparalleled, from her brothers who were left at a very young age without their mother, to her children, nieces and nephews, grandchildren and great-grandchildren. She loved them all unconditionally. She supported each one through the many highs and difficulties in their lives. She worried about them, rooted for them, protected them and above all, always loved them dearly.

Verna was kind, compassionate and generous. She was always giving but never expected anything in return. She was the original recycler. In her house, you never knew if you were opening Becel or leftovers. She was an icon of hard work, strength and loyalty…a women of her word. A true character who could laugh at herself like no one else. Verna will live forever within the walls of Kentcroft and in the hearts of all whose lives she touched.

Verna lived a long, happy and productive life. We have all been blessed. She was one of a kind and will be forever missed. A celebration of Verna’s life will take place this summer at her cherished Kentcroft, as she requested. There will be no visitation. In lieu of flowers, a donation can be made to the QEH in Charlottetown or a charity of your choice.

It seems fitting to end as Verna would on all cards and letters…Love n Smacks!

Share Your Memory of
Verna
Upload Your Memory View All Memories
Be the first to upload a memory!
Share A Memory