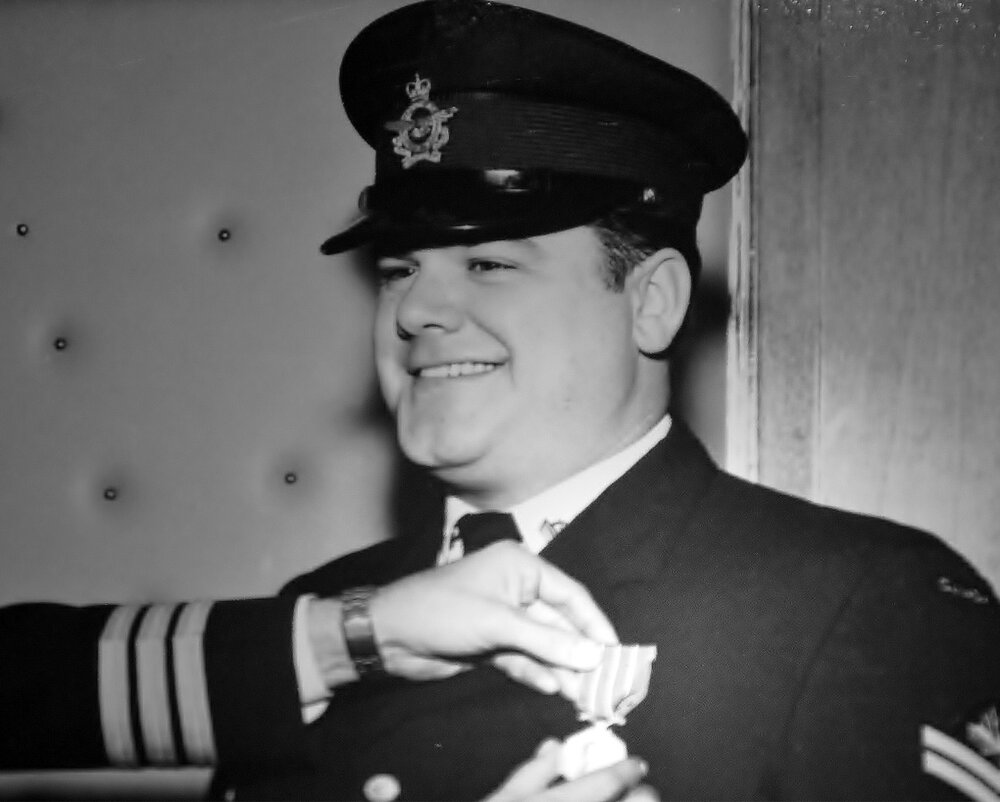 Ian was born in Pictou, NS and as a young boy enjoyed fishing and visiting with his dear friend Vincent Turple on Pictou Island. He played rugby and participated in the Royal Canadian Air Cadets.

Ian began his 29-year military service as a Royal Canadian Air Force (RCAF) Firefighter in 1960 at the age of sixteen. He began trades training in Camp Borden, ON after completing Basic Training in St. Jean, QC. He was posted to RCAF Station Summerside to complete Group 1 and 2 Fire Apprentice where he met his wife of 50 years, Gerry at a Miscouche dance. Ian and Gerry married in August 1965 and were blessed with three children and three grandchildren. His career included posting to 447 SAM SQN in Lamacaza, QC;  RCAF STN Summerside, PE; CFB Penhold, AB; Air Command Headquarters Winnipeg, MB; and then CFB Baden, Germany where he served as Base Fire Chief. In 1992, Ian retired to Pictou, NS dividing his time between sailing his Dreamboat III and operating a fire consulting business serving the Maritimes

“We need to defend the interests of those whom we’ve never met and never will.” Jeffrey D. Sachs. Aside from his heroic career as a firefighter, Ian was a compassionate and fair man driven to helping others in the community. Ian was a long-standing member of the Royal Canadian Legion Charlottetown Branch 1.

RVing across Canada, travel was a part of family life and Ian and Gerry made it an adventure. Ian was a sports enthusiast involved with darts, curling and playing hockey. His strong will for life despite his long journey with Huntington Disease set an example of what having hope can do. “Once you choose hope, anything’s possible.” Christopher Reeve.

Ian is resting at the Hillsboro Funeral Home, Stratford, PE. Due to current restrictions, there will be visitation and funeral service by invitation only. Interment will take place later at Roman Catholic Cemetery, Charlottetown, PE.

The family would like to express thanks to Tracey Moriarity, Norma Ford, Bev Duffenais and Diane Niyukuri for the support given during Ian’s illness.

Memorial donations may be made online to Huntington Society of Canada (https://www.huntingtonsociety.ca/donate/).

Due to provincial COVID restrictions, guests will need to contact Sandra Bowes at 9022130499 or scbowes101@gmail.com for further details to attend visitation or funeral service.

Share Your Memory of
Ian
Upload Your Memory View All Memories
Be the first to upload a memory!
Share A Memory