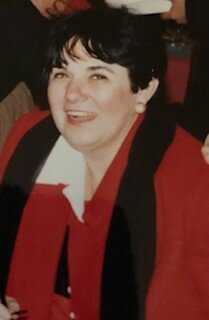 Judith Löb Bezeredi passed away in her 82nd year from sudden cardiac arrest. She is survived by her son, John, and daughter, Alexandra (Francesco), and her grandchildren Maya Bezeredi, Matteo and Emma Caramazza. Judith was born in Budapest, Hungary and grew up on a country estate during World War II. She lost her father in the war when she was 4. She later returned to Budapest and then moved with her widowed mother and stepfather to Moscow, Russia where she developed a lifelong love of Russian literature. She was about to enter medical school when the Hungarian revolution broke out in October 1956. She fled to Austria and then moved on to the United Kingdom (UK) where she learned English while working as an au pair for a lord and lady. She could not stay in the UK; so, she headed to Canada, winding up in Vancouver, B.C. She worked for the Bank of Montreal, married Tibor Bezeredi in 1960 and had her children in quick succession. When her husband decided to do his psychiatric residency at the University of Michigan, they moved to Ann Arbor, where Judith not only obtained a B.A. at the university, but worked for the American Red Cross as an accountant while raising two small children. When she and her family returned to Vancouver in 1966, Judith worked as an accountant and then did graduate studies in Russian literature, obtaining a Master’s degree from UBC in 1973. She was hired as an executive by Crown Zellerbach and then MacMillan Bloedel. Judith eventually divorced and moved to Victoria, working as an economist for the BC ministry of trade and investment. She returned to Vancouver, earned an MBA at Simon Fraser University in 1980, worked as a mortgage broker and was eventually hired as a senior manager at the Vancouver Health Department, responsible for the budget and finances. In the late 1980’s, Judith moved to Moscow to oversee the management of the Aerostar hotel. She eventually moved back to her childhood home of Budapest, heading the finance and administration team at the newly established Regional Environmental Center. In the early 1990’s, some friends introduced her to the joys of wine-growing around Lake Balaton – and she was hooked, purchasing an idyllic country house and vineyard in the small town of Csopak. At this point, Judith started to slow down a little, consulting for the Soros Foundation, KPMG and various private sector projects in Uzbekistan, Kazakhstan, Malaysia and Ethiopia. Her last move was to Charlottetown, PEI, in 2008 where she could be close to the sea and enjoy a lovely and gentle place. She was active in her community, serving as the President of the Seniors Activity Center and supporting local bridge clubs. Wherever she lived and worked, Judith made friends easily. She loved to knit things for friends and family, cook, entertain guests and cap it all off with bridge – her favorite pastime in the world. She also liked to grow things, whether it was flowers, trees, grapes, raspberries or persimmons. She was a natural mentor, especially for women. Judith’s accomplishments belie the sexism she encountered every step of the way in her work and life. She fought for women’s right to work, be financially independent and enjoy the same opportunities and professional respect as male peers. She kept in touch with courageous women all over the world, inspiring and being inspired. Judith loved to read about Russian literature, Hungarian history, Asian culture (where she travelled extensively), linguistics, American politics, canine companions and anything about Canada. She was curious and well informed and definitely not shy about sharing her opinions – a charismatic lady who cared deeply about her family, friends and community. In keeping with her wishes, there will be a private farewell by Judith’s family following her cremation. Arrangements entrusted to Hillsboro Funeral Home, Stratford.

Share Your Memory of
Judith
Upload Your Memory View All Memories
Be the first to upload a memory!
Share A Memory