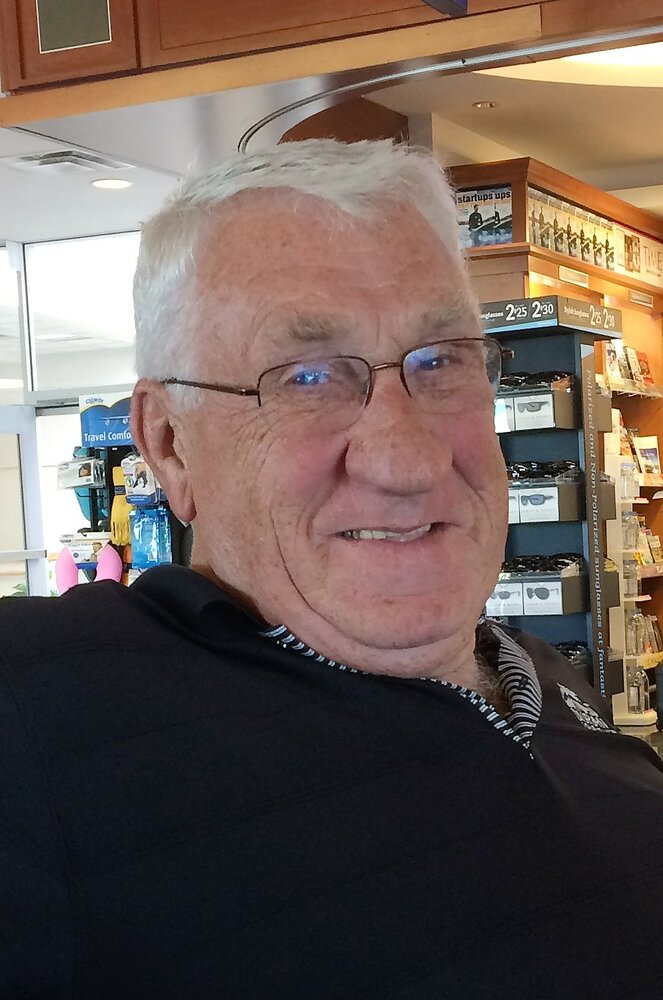 It is with great sadness that we announce Doug's passing in Charlottetown PE after a courageous battle with bladder and lung cancer.   Many of his family were with him in his last days and hours and he knew of the calls, emails and comforting cards that others sent.

A love of fishing, hunting and guiding in his youth in northern New Brunswick created a lifelong passion for the woods and nature.  He left NB in his early 20's and drove across Canada to seek a career in forestry where the grand forests, rivers and oceans of British Columbia beckoned.  Over a span of 43 years, he advanced steadily in responsibility, moving amongst numerous locations in the islands and coasts of BC : Port Alice, Holberg and the Queen Charlottes.  He spent the last twenty years of his career overseeing the Jordan River operation of Western Forest Products in southern Vancouver Island. Doug greatly enjoyed people and would do whatever he could to help them, both at work and in his private life.  He had only one speed in both his work and personal projects: fast.  Throughout his life, Doug loved building things, houses, landscaping and woodworking.  He loved to play cards and liked to flash a big smile when he won.

Retirement saw him leaving BC and dividing his time between homes in PEI and Florida.  Having the opportunity and time to travel widely was rewarding.  Spending winters in Isla Margarita, Venezuela and Florida gave him the new and welcome experience of staying warm year-round.  A natural athlete, Doug loved baseball and later in his retirement finally had time to golf and fish when he wanted to, enjoying the socializing that both entailed.

Doug was predeceased by his daughter Britton and his son, Wesley; and survived by his wife, Julie of Charlottetown, PE, son, Jason of Abbotsford, BD, grandson Jonah of Victoria, BC, sister, Donna of Plaster Rock, NB and siblings Susan, David and Reed of Campbell River, BC.

At Doug's request, there will be no visitation or funeral.  Doug was a great and generous person.  We will miss him.

Our sincere thanks to the Palliative Care team at Health PEI and the Queen Elizabeth Hospital, Charlottetown, PE for their excellent care.

Memorial donations in Doug's memory may be made online to the PEI Humane Society.