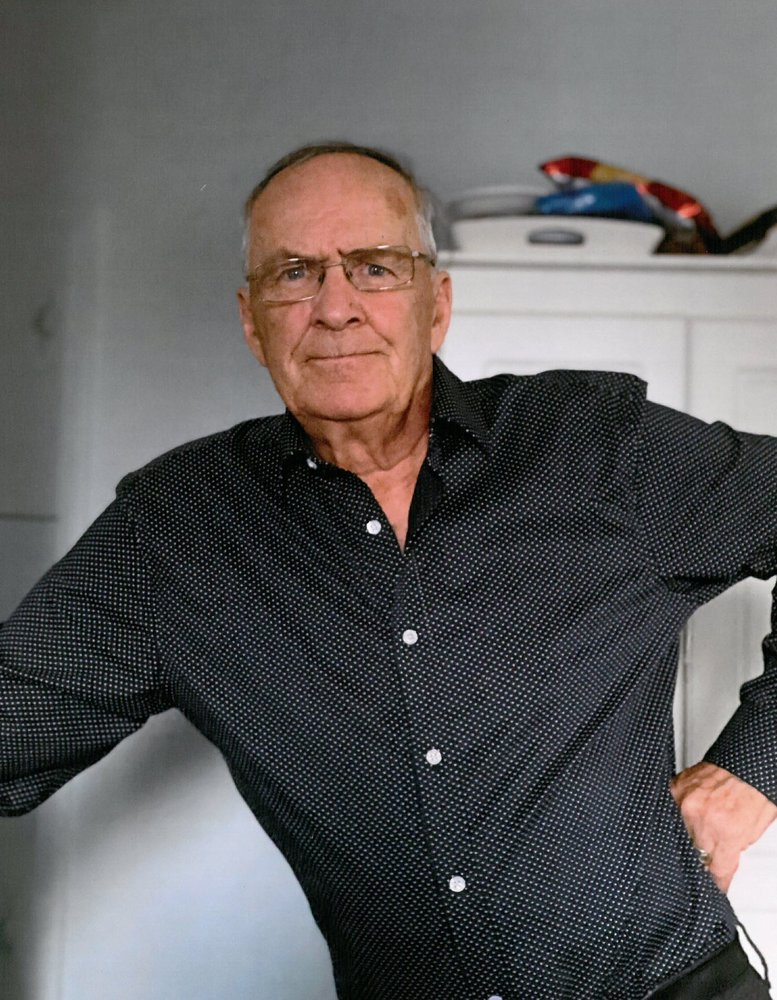 Our Island lost one of its giants on Monday, May 10, 2021 as Michael Parker Lund of Charlottetown, PEI Canada joined loved ones lost before him, following a year-long battle with Mesothelioma.   The family is at peace knowing he is at our mother’s side (Judith) and they are being cradled warmly in His eternal embrace.

We thank everyone for the supportive calls, visits, hugs, and love received during this difficult time.  These welcome exchanges with family and friends, colleagues and coworkers, neighbors and community have shown us three things:

3.  Dad left the world in better condition than he found it.

The word DASH (born date DASH death date) crossed my path this week, and it resonated with me.  It has been extraordinary to discover just how many people dad knew, how many lives he touched in as many ways, and how fully he gave of himself to help lessen the burden of others – asking (nor expecting) anything in return.  Reflecting upon the weeks’ conversations, four words consistently emerged – service, responsibility, generosity, and humor.

These are the cornerstones of Dad’s Dash– a life lived fully and with little regret…a life dedicated to the service of others.  A life whereby giving was the true Gift.  And Dad gave…he gave to his family, to his friends, and to his community each and every day of his life.  Sports played a big part in Dad’s life.  Not only was he a gifted football player, 5 pin bowler, golfer, badminton, curling, hockey, and softball player himself, he was coach, mentor and leader known and respected Tip to Tip.

Dad was born to the late Detective Sergeant Anthony (Catherine, nee McIntyre) Lund of Charlottetown – the middle of seven siblings. He studied engineering and played football at St. Dunstan’s University but got to work early in life, leaving for Ontario as a teen to provide for the family.  Soon faced with a major career decision as his applications for the police academy and the Coast Guard had both been approved, ‘do I stay or do I go?’

He opted to join the Canadian Coast Guard which set him on a life path of service to others, which ultimately defined him as a person. He served many years on the CCGS Wolfe, forging paths from sea to sea, breaking ice, and walking on glaciers.  He spoke often of a highlight during his time on the boats wherein he was able to visit Sable Island –mesmerized by the shifting sand dunes, grey seals, and massive herds of majestic wild horses.

We were fascinated as children listening to so many vivid stories of the men on the ship, life in the northern areas, the storms, the northern lights, whales, puffins and polar bears.  We sat up late, feigning sleep hoping to catch the stories he’d share for the adults as those were often scary, funny, and well…not for here.  In all things, Dad was never one to squander time (much too precious a commodity).  He pulled double duty on the boats, studying hard during off duty hours to acquire his 3rd class Engineer tickets.

He loved the boats, but he missed his sweetheart back home – Judith. The two met when they were just teens, growing up not too far from one another. Mum’s high school yearbook reads, “Mike is my weakness”…and she was his – they lived and loved together for more than 50 years staying committed to each other through all things. They married in ’68 and made a home in Mermaid.  They raised four beautiful children and were the best parents anyone could ever ask for.  They made time for us, took care of us, and modeled how to life a life of integrity and value.  We summered at the family cottage in Teahill and enjoyed a life of love and comfort with family, friends, and neighbors.

Dad loved football, playing at St. Dunstan’s University, and made many friends along the way, staying in touch with his teammates throughout his life.  Bowling was a hobby he and mum shared – he was good, but she ran circles around him. He was instrumental in the development of the Ft. Augustus Hockey Rink, ultimately coaching Peewee hockey teams for numerous years. He coached PEI’s badminton team for the Canada Games, managed the Capitals for two seasons, and held the position of Umpire-in-Chief, umpiring both baseball and softball at local, provincial, regional, national and international levels.

His service to Country and community didn't end after the Coast Guard, he returned home to the Island to work with Maritime Electric and stayed with them for over 30 years until his retirement in 2002.  Even in retirement, dad did not slow down – he took up golf with a vigor, often getting in 2 rounds a day several times a week.  He cherished this time greatly.  He managed to hobble together a motley crew for regular golf and poker games.  You know who you are.  Please know that you brought him much joy in life and he treasured every moment with each of you. And yes, Kevin, dad did know that you cheated and no, Charlie – you were not the better golfer.

Outside of sports, dad was a professional volunteer - Cub Scout leader, supportive 4-H parent, and staple in all community initiatives.  The organizations closest to his heart were the St. John Ambulance Society and the Lion’s Club.  Dad was a safety officer and first aid instructor over 50 years, serving in multiple capacities and taught thousands of Islanders first aid and CPR – teaching hundreds more how to become instructors themselves.  Life was precious to him.  His work led him to be one of the primary safety officers overseeing the construction of the Fixed Link (he and mum ended up being one of the first cars to drive to the Island on opening day after a cross country trip to visit family). He was promoted to officer and presented with the Service Medal of the Order of St. John at the Lieutenant Governor’s House in recognition of continuous service.  He found a home as well with the Lion’s Club and gave all of himself to their causes.  He was a founding member of the Ft. Augustus Charter, and received a Presidential Appreciation Medal, pinned by the President of Lion’s Club International himself. Over time, he migrated to the Crossroad’s Lion’s Club and continued many more years of active service to the community, additionally serving as Secretary Treasurer.

Mum used to joke that she was going to establish her own non-profit and make him the president so that she would get to see him at least once a month during meetings.    Even though he was busy 36 of 24 hrs a day, dad somehow managed to make us kids feel like he was always there, always available.  Whether it was sitting in the stand watching him referee a hockey match, chasing down over-the fence softballs while he was umpiring, running up and down driveways  delivering calendars for a fund raiser, helping gather up gear and tidy the hall after a sports banquet – dad found a way to create time, for everyone.

On the home front, he made certain we wanted for nothing.  Dad was a bit of a nutty professor when it came to toys though, not sure how we survived, but oh boy did it make childhood a fun adventure. We had the only 5 wheel ‘trike’ in the neighborhood, a go-cart with no brakes, home-made ice rink in the back yard, a snowbank hill with an angle that enabled a toboggan to reach 80mph coupled with some very sturdy tree stops at the bottom, a lawnmower that doubled as a TENS-unit, the BEST handmade Halloween outfits, and at Christmas an endless array of Clark Griswold worthy lights that we had the joy of untangling and testing.   We had engaged parents.  We talked, we played games, we laughed, loved, and we listened to each other.  Life was good.

Dad started writing in his later years, penning an entire anthology of short stories, "The Boy and his Turnip", "The Clock Tower of the Son" which he used to read at the senior's homes to an appreciative audience.  He also managed to achieve Warhol’s infamous 15 minutes of fame, after which friends dubbed him “Hollywood Mike”.  He officially became a member of the Screen Actors’ Guild as he was cast as Charles Tupper (NS Premier and Canada’s shortest term PM – although Tupper’s career did last longer than dad’s film career) in the Anne series as well as numerous events for historical documentaries on our Fathers of Confederation.

Besides his beloved wife, Judith, his parents, and brothers, Trevor (Beth) Lund, Alan (Dawn Ford-Hunter) Lund, brother-in-law Gordon (Gogo) Ranahan, dad was pre-deceased by his cherished pets Irish, Murphy, Baxter, and Paddy whom he loved like children.  Mum, we held on to him as long as we could – he is yours now.  Good luck.

Left to care for one another are his four children Ron (Sherri) Lund of Uigg, PE; Vanessa (Mark) Escalante of Los Angeles, CA; Matthew (Charlene) Lund of Stratford, PE; and Timothy (Jen) Lund of Medicine Hat, AB.  He relished his role as ‘Bampy’ (mum was also dubbed ‘Bampy’) and Grampy to Devon, Liam, Christine, Cole, Carly, Caden, Brayden, and Chloe as well as Great-‘Granpa’ to Jax Hudson.  It is his sincerest hope that he taught at least one of them how to properly swing a golf club.

No flowers, please. As Dad was a true believer in servitude, we ask that you complete an Act of Kindness on his behalf.  Everybody has a Mike story and we'd love to hear them all. To share a memory of dad or send a condolence to our family please visit www.hillsborofh.ca Donations may be made to the St. John Ambulance Society and/or the Stratford and Area Lion’s Club. Arrangements by the Hillsboro Funeral Home in Stratford, PEI Canada.  No public services. Private family services will be held.

Share Your Memory of
Michael
Upload Your Memory View All Memories
Be the first to upload a memory!
Share A Memory