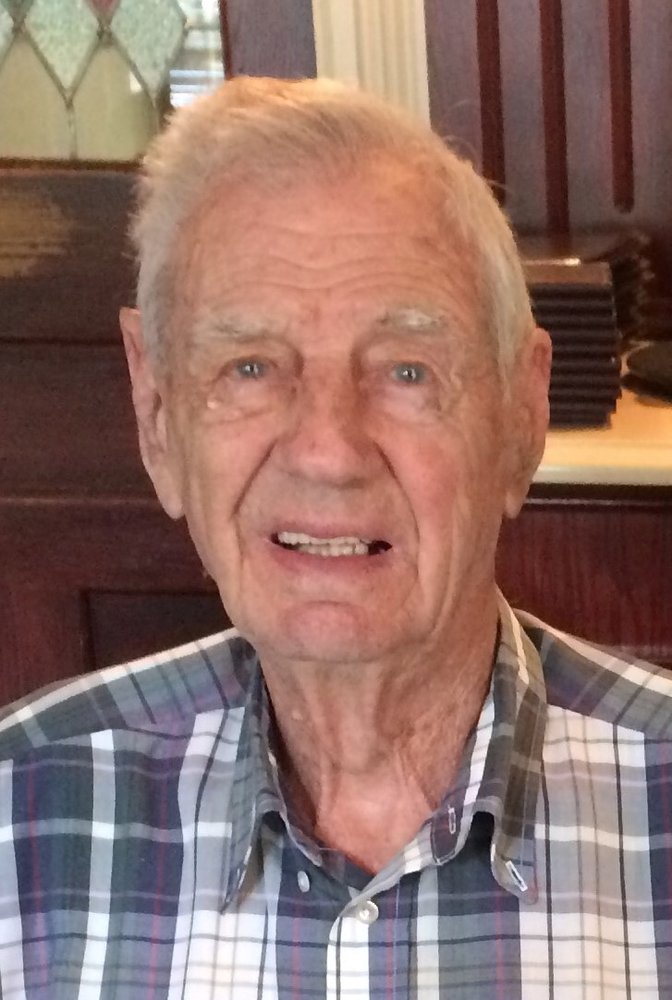 Peacefully at the Queen Elizabeth Hospital on Monday, April 12, 2021 the death occurred of William Edison Sterns of Stratford, age 93 years.

William (Bill) Sterns always loved to tell stories and even on the last day of his life on earth launched into “The Story of His Life” when asked a question by a visiting pastor to the hospital.

Bill was the only child of Flo and Ed Sterns, living much of his early years in the beautiful country community of Uigg, PEI, on his mother’s home farm property with his Uncle Bill MacKinnon and Aunt Sally MacKinnon. He spent many happy hours roaming the woods and fields with cousins and attended Uigg School.

His mother was an RN and worked in Charlottetown. Her profession was their bread and butter as his father passed away from an injury sustained in the 1st World War when Bill was only 4 years old. They often rented apartments in the winter in Charlottetown but returned to the farm in the summers.

When Bill was 21 years old, he enlisted in the army with another buddy and headed out to Victoria, British Columbia, where he spent three years as a gunner. In the process, his hearing was permanently damaged for which he paid dearly later in life. When the three years was up, he decided that this wasn’t his life’s career and he did not resign, instead heading for home in PEI.

Not long after returning to PEI, he met and married his lifelong partner, Hilda Pickard. He worked at a number of different jobs after he got married, but he realized that he would have to return to school to get a good job. He often told the story about the different places that he worked—a poultry farm, the airport and Carvell Brothers Wholesalers. He returned to school at Prince of Wales College and upon graduation, headed to MacDonald College in Montreal to take his degree in Agriculture. He was offered a position with the Province of PEI, Dept. of Agriculture, where he remained for the majority of his career. Not long after that, his family settled in Tea Hill, PEI. He loved that property and the community of which he became a part.

Bill had not attended church very much as an adult, but later in his life when his three children were entering adult hood, he began attending the Charlottetown Bible Chapel with the rest of his family. After attending for some time, Bill realized that there was something missing from his life and accepted Jesus Christ as his Lord and Saviour. This had a profound effect on the remainder of his life and the direction that it took. He enjoyed the fellowship of the saints there and made many cherished friends.

Upon retirement from his life’s work, he began a market garden operation called Tea Hill Gardens. Gardening had always been his greatest hobby from which the whole family greatly benefited. He provided his family with the best of any vegetable you could ever want. The freezer and root cellar were full every year from the home grown produce. So for a few years, he joined the Farmer’s Market and sold his wonderful produce there.

When he decided to retire from this endeavor, he and his wife, Hilda, spent several wonderful summers volunteering at Emmanuel Bible Camp in Dundas, PEI. Hilda helped in the kitchen and Bill helped with the maintenance. They met many wonderful young people there and enjoyed the fellowship and camaraderie of the other staff and volunteers.

The biggest loves of Bill’s life were his wife, Hilda, of almost 69 years, his children, grandchildren and great grandchildren, his garden and his Saviour. There was never any doubt that family was the center of his world and he showed a keen interest in all of the endeavors of each one right down to the smallest. His sense of humour, storytelling and the genuine interest in and affection he showed for each one in his life will be greatly missed by all who knew and loved him.

Resting at Hillsboro Funeral Home, Stratford.  Due to current restrictions, a private family funeral service will be held. No public visiting hours will be held. Interment will take place later at Floral Hills Memorial Gardens.

Memorial donations may be made to Emmanuel Bible Camp.

Share Your Memory of
William
Upload Your Memory View All Memories
Be the first to upload a memory!
Share A Memory